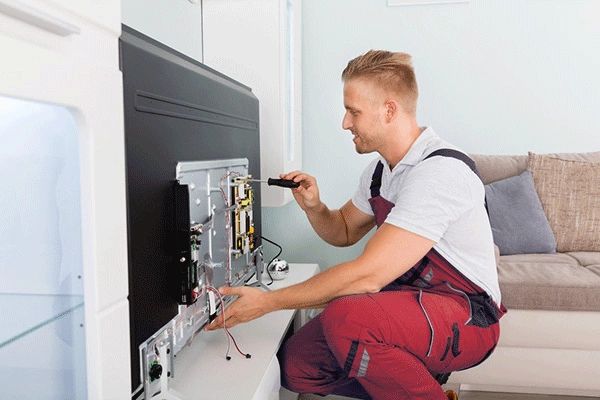 If You Need TV, LED or LCD Repair In Dubai,

Mr. Appliance Has Experienced And Skilled Electronics Engineers To Help You With Quick And Right Fix For All Of Your Repairs. Contact Us Fearlessly For A Reliable Tv, LED, LCD And OLED TV Repairs.

Common Faults In Televisions That We Can Fix.

Regardless of the brand, most LED and LCD TVs are experiencing screen problems. When screen problems occur, your television might display disrupted images. Again, you might see that pictures are suddenly getting squashed, cropped, or stretched on the television screen. Hence, it is an annoying situation as you can’t enjoy your programs. Screen problems generally occur when something goes wrong with the picture size settings. The problem commonly happens for HD channels that require more signal strength. This is why it is suggested to approach UAE technician to look after the matter and get it fixed without delay.

Your television might display inconsistent brightness while displaying pictures. This problem is known to be associated with the power-saving feature or light sensor of your television. You will need to review the refresh rate in order to control the brightness.

It can happen if one or more components are broken in your television. You should let a TV repair professional get access to the interior of your TV and fix the issue. Also, you might damage your favorite television by trying to repair on yourself. Thus, connect with UAE Technician to solve the issue for your sake.

It hurts your eyes when the TV screen keeps flickering constantly. Therefore, experts have found this problem to be arising from broken internal connections. Televisions are full of circuits and hence problem starts if a single circuit is broken. Only proper repairs can fix internal connections and solve the issue.


6. Television Stuck with Black Screen When Turned on

Your television is stuck with a black screen when you power it on. Nothing happens even if you modify the settings or press buttons on the remote. A hidden fault in the HDMI cable might be responsible for a black screen. There can be faults in the power outlet, power cable, or video cable as well. Therefore, connect with professionals to identify the actual reason behind the black screen of death.

Besides the picture problems, televisions are known for audio issues. Audio problems can occur from a loose connection between speakers and A/V receiver of the television. TV speakers are faulty if the sounds are audible with external speakers.

The remote control of your television fails to respond when it suffers from technical glitches. Thus, the problem remains the same even after replacing the batteries. Hence, the experts at Mr. Appliance know how to repair the remote control. And you will get a new remote if the present one is beyond repair.

LED and LCD TV contains a circular coaxial cable port at the back. This port is responsible for the standard video signal. The coaxial cable port contains a pin for receiving the signal. Tuning problems occur when the pin gets bent due to some issues. It is not advisable for users to fix the pin and thus, you are advised to avail technical help.

Some LED and LCD TV models are equipped with the facility of wireless connection. WPA and SSID passwords are necessary for connecting to Wi-Fi so that you can stream videos or programs online. But, sometimes your TV won’t connect to Wi-Fi even if you entering correct passwords. You can get help from experts to handle such a situation.


Restore the Expected Performance of Your Television

We at Mr. Appliance have TV repair Dubai, experts to fix all kinds of television issues. They specifically deal with the issues mentioned above. They are updated with the latest changes in various television models. Moreover, they receive separate training to handle various brands of televisions. Hence, you might want to visit your TV manufacturer for repairs. You can do that if your television hasn’t exceeded the warranty period. But, manufacturers might take more time and charge a high amount to fix your issue. If you approach us, then we will repair your TV within a much shorter time span. You will also get on-time support and a guarantee for our service. We won’t unnecessarily replace a component if it is fixable. Thus, contact us at our helpline number tel:0556363186 if we seem to be a better option for repairing your television.

Our Prices And Rates

How much A Tv Repair Costs

*Additional charges as per bill estimate
**A Site Visit Charge is required to carry out a physical inspection of the item.

Electronic appliances like televisions are becoming more sophisticated day by day. Newer models of televisions are coming with new features and appealing to more and more users. As they are getting more sophisticated, chances of errors are increasing day by day. As a result, you are experiencing more new issues with your television. Thus, tv repair Dubai services are getting evident these days. Mr. Appliance will provide that support if you are struggling with your branded tv set.

We Are Not Responsible For Any transactions made With and Via Other Websites.